Though wie have filmed nearly every recording session for “Penrose", it is most unlikely that we will see a complete video of “As Dominos Fall”.

Therefore we share just this excerpt which hopefully gives you two minutes of fun. 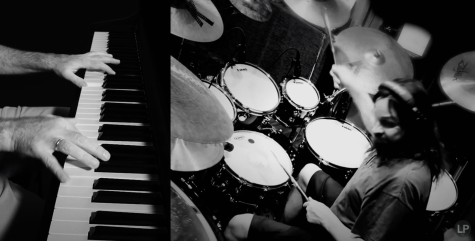 Three weeks ago today we released THE Penrose Triangle.

And it's time to say thank you to everyone who has supportet us.

Here is the link to our latest video, featuring the amazing Marco Minnemann:
SHADOWPLAY

After dozens of phone calls and at least as many emails we can confirm that the North American online shop has "The Penrose Triangle" in stock.

Finally.
What "An Adventurous Journey" that was... 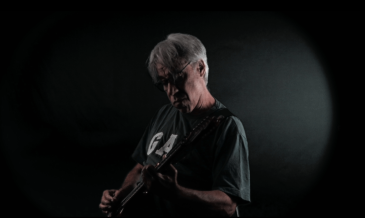 Today we release our third video from the new album. Wonderful drumming by Marco Minnemann, a great bass by Pete Trewavas and great vocals by my best friend Finally George.

A Change of Mind 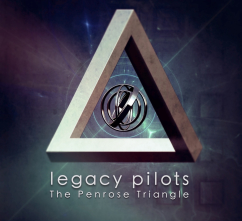 It's done... Penrose has just been released. Thanks to all the wonderful friends who made this album so special.
At the same time we officially release our next video for the new album:
https://youtu.be/OvLRaLvmwiw

Have fun watching it! 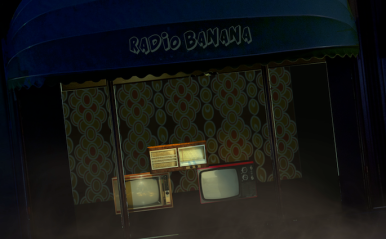 To make the time not too long, today we release the official teaser video for "The Penrose Triangle”.
And there are a few excerpts from the new album to listen to:

Hey everyone,
Today we are proudly present our first full video from the upcoming album:

“The Penrose Triangle” will be available from October 22nd.
Pre-order has started on Bandcamp 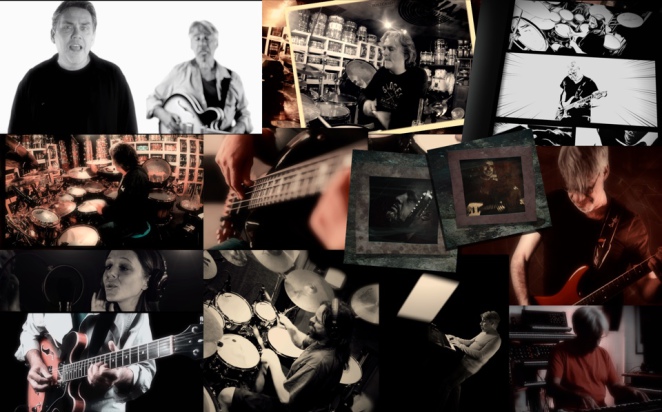 It feels a little odd, but the matter of fact is, that the last track from the new album has been returned from the mastering studio. Composition, recording, arranging, mixing and mastering... A year and a half of work is finished. At least as far as the music is concerned. Now the “real” fun stuff begins... all the paperwork, registering tracks, preparing DDP for the pressing plant, finalising print documents... the list goes on.
If nothing goes wrong in the CD production later on, the release date at the end of October is safe.
We have made a lot of film material while we worked on the  album (as visible in the collage) which will end up in several music videos.
All pilots looking forward to this release and can’t wait for your reaction. 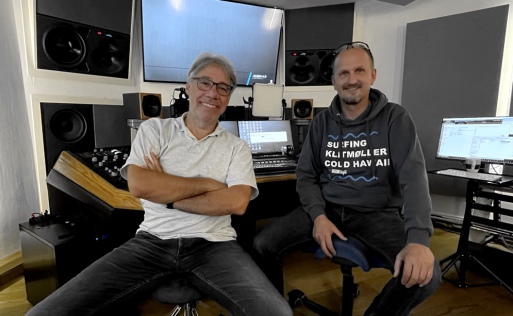 This week the majority of songs from the new album has been mastered.
Friedeman has done a terrific job.
Chances are good, that we can stick with the planned release date end of October.
We're Looking forward to that ;-) 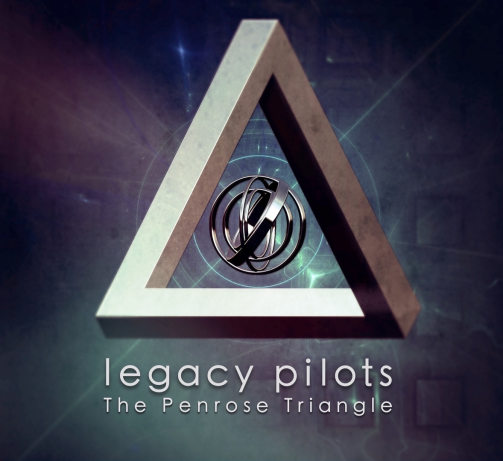 Hi everyone,
Today we would like to disclose the crew for the next Legacy Pilots flight.
On the drums we have Todd Sucherman and Marco Minnemann,

Title of the album and estimated release date will be announced soon.
So, see you next week.

A little update:
We doin' progress and right now we're

working on a quite large piece,

called  "A CHANGE OF MIND".

We will have some more news, coming soon ;-) 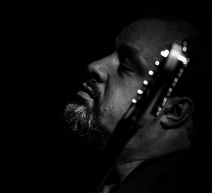 June 14th
Dear Passengers,
it is our great pleasure to announce that for the upcoming flight, a pilot from the first album will be with us again.
The wonderful Steven Rothery and his guitar will accompany us on the next trip.
Mixing session
Fresh from the Studio: The shown snippet features Todd Sucherman, Lars Slowak, Finally George and Steven Rothery

Things are moving forward. And Todd has brought his invaluable creativity to this piece. Have fun. 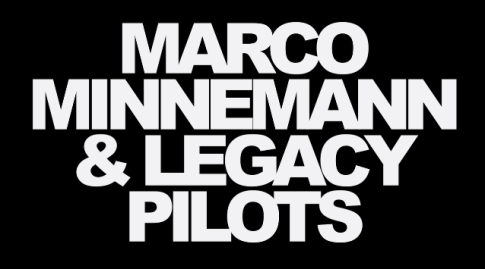 We are very happy to announce the first 50 seconds of audio, recorded for the third album.
Of course the album is far from being finished, but we think this little excerpt sounds already promising.
Drum recording session 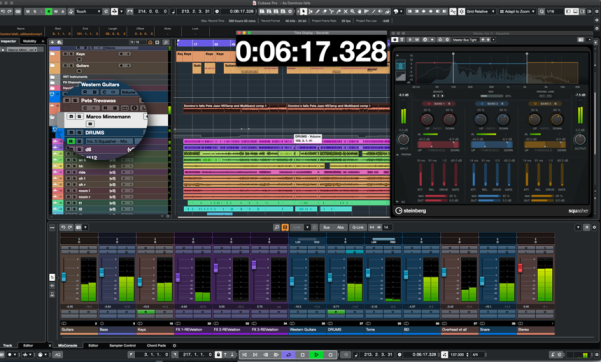 Following our graphic announcement that we can expect something new from the Pilots in summer 2021, we would like to give you a bit more info.

Not only the process of writing new material has taken place, we have had already several recording sessions. The results so far are more than promising. Summer sounds a bit vague for a release date, but with several months in front of us with many more recordings, mixing and mastering a more definite schedule is impossible.

Nevertheless, we're going full steam ahead and we thought we share the good news. Attached here is a little screen shot from an actual session and if you spot the tracks on the left, you can already discover who again is on board 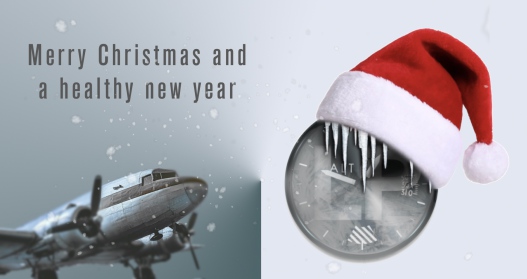 Dear Pilots friends,
We wish you a merry Christmas and a happy new year.
Please take care of yourselves and stay healthy in the new year.
You will hear from us again in January and we think we will have good news.
Until then,
Legacy Pilots 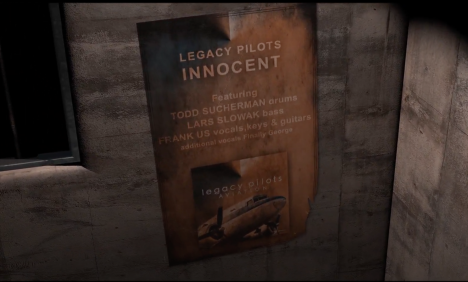 Today we release our latest and at the same time the last video from our AVIATION album.

"Innocent" is a mid-tempo piece with many calm sections. It's nevertheless worth watching, especially if you look how elegant Todd's play in this is. The fills he's playing are just brilliant. Which is also true for Lars' bass performance. Simply wonderful - even though he is not in the picture.

Thanks for all the support we've got!

Many thanks to everyone who has supported us over the last couple of weeks?

We’re grateful for all the very good reviews AVAITION has got and of course we are especially grateful to the people who bought our album.

In this regard -  finally all problems are solved with the online shop in the US: delivery and shipping now works as expected. 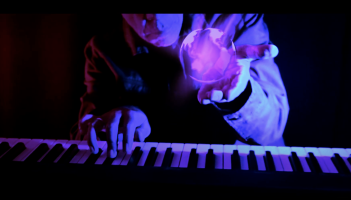 We’re happy to announce the release of our latest single “WIDE WIDE WORLD” on iTunes today as well as the corrosponding video.

Beside the wonderful performances of John Mitchell and Marco Minnemann, the video features also spectacular drone filming of our friend Ricky Garcia, that is worth watching. 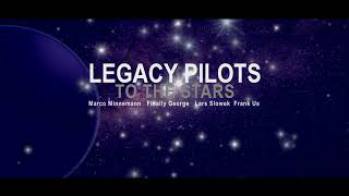 Today the release of AVIATION on iTunes takes place.

To celebrate this a little bit, we share this little video with you, in which Finally George performs a beautiful solo.

Here is the link to the album:

and here to the video: 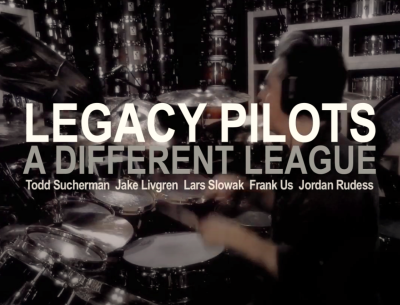 Today’s the day! After one and half year working on the album we have finally the official release day.

CD order for German speaking and nearby countries:

It is also the day, where we release our first single “A Different League”
Here you will find the corrosponding video:
A DIFFERENT LEAGUE

Hey everyone,
We are happy to anounce, that pre-order has started as of today on Apple Music:
iTUNES

We’re happy to announce, that our new album “AVIATION” is in production and that pre-order starts today.

CD pre-order for German speaking and nearby countries:
Just for Kicks

Digital album can be pre-orderd here (worldwide of course)

Please note that,due to the corona pandemic, shipping of physical items like the CD, can take quite some time.

Hi everyone,
I can’t believe it, but yesterday the last track has been delivered to the mastering studio.
After 1 1/2 years of composing, recording, producing and mixing we are close to the finish line.
To celebrate this day I would like to share another video. While the track we shared last time was clearly pop oriented, this song is a rocker. In this excerpt, Marco shows an explosive performance, full of energy.
The full video will be released later, as it is in need of a final touch.
The whole team behind the new Legacy Pilots release, is damn excited :-)

Frank Us from Legacy Pilots

We're excited to disclose the squad for "Aviation”.

If everything goes well, release will be end of July, beginning of August.

June 1st
Hey folks, production diary No.6 .
IWe would like to share another snippet from our recordings.
This is a pop song. Shocking, we know.
But beside the eight and ten minute pieces, there was room for some "lighter" music

Videp can be found here:

A PICTURE AND THE STORY BEHIND

When it comes to the mix of a song or album, it does not matter, how many monitor systems you have in your studio. Your mix will sound everywhere different.
Often the moment of truth is, when you listen to the mix in your car the first time.
This time it was not different. The bass drum kicked me out of my socks.
Far to massive.
Since I can’t get my car into my little studio, I had the idea to bring the studio into my car. Nowadays with a DAW’s on a laptop it is possible to do a final touch on the mix while your car becomes the control room.
Here is a little video that shows that it is possible, after I have copied the project to a laptop, to listen and correct the mix, while you’re sitting in the car.
The first section is a track that features, beside others, Marco Minnemann and Pete Trewavas, and the second one features Todd Suchermann on the drums. For both snippets I’ve blended over from the video sound to the current state of the Mix.
Here is a little video how it went -You might like it ;-)

We're happy to disclose the title of our new album:
AVIATION
Furthermore we are happy to announce the first official promo video for the new album for end of April.
The flight crew and the planned release date will be announced soon.

Hi everybody, here is the link to the latest production diary video:

It is less about playing or production techniques but rather giving audible examples.

Again, the amazing Marco Minnemann has come up with a mind-blowing performance.

And he is not alone -  We are proud to announce, that another legend has joined the Pilots. The latest member offers a spectacular bass-performance.
And there is also a scientific description  about, "what is a progressive song?" ;-) In case you didn't know...