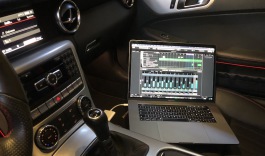 A PICTURE AND THE STORY BEHIND

When it comes to the mix of a song or album, it does not matter, how many monitor systems you have in your studio. Your mix will sound everywhere different.
Often the moment of truth is, when you listen to the mix in your car the first time.
This time it was not different. The bass drum kicked me out of my socks.
Far to massive.
Since I can’t get my car into my little studio, I had the idea to bring the studio into my car. Nowadays with a DAW’s on a laptop it is possible to do a final touch on the mix while your car becomes the control room.
Here is a little video that shows that it is possible, after I have copied the project to a laptop, to listen and correct the mix, while you’re sitting in the car.
The first section is a track that features, beside others, Marco Minnemann and Pete Trewavas, and the second one features Todd Suchermann on the drums. For both snippets I’ve blended over from the video sound to the current state of the Mix.
Here is a little video how it went -You might like it ;-)

We're happy to disclose the title of our new album:
AVIATION
Furthermore we are happy to announce the first official promo video for the new album for end of April.
The flight crew and the planned release date will be announced soon.

We wish all our friends a prosperous, healthy and happy new year.
We're looking with much excitement into 2020, as we will release our second album in the next couple of months.

Love and Peace from the Pilots

Frank Us is talking about progress of the next Legacy Pilots album.

He share's several excerpts from a piece of music and talks about the idea behind that extensive instrumental.

Are there any news about the Album?

Recently we have received a few questions about the new album we want to share with you. And the answers to it as well of course.

A) Will be the same musicians performing on the new album?
Yes & no. Quite some from the last squad as well as new, but known faces will join for the new album.

B) What are the differences to the last album? Are there any?

Yes
1) We have for example more “real” songs.
Does this mean we lack of long & epic tracks?
Not at all. The new album will simply have more tracks and a longer run time

2) There will be songs that we will compose and produce together.

Over the last weeks we have made some progress and so far we are more than happy with the results...

Legacy Pilots are back - not yet

As earlier mentioned, the work on our new albums has started. We began to create ideas, sketches and demos already weeks or months ago.

Also some "real" recordings have happen in the meantime.
Since everybody is busy with projects or touring, it is not that easy to get everyone on board exactly to the planned schedules.
Just recently we have been confronted with an unfortunate situation. Everything was prepared for an recording session an than it turned out,

that the recording system was broken and the session had to be cancelled.
Under all these circumstances we are much later than we had hoped for and that will result in a release rather in the beginning of 2020 and definitely not this year.
Nevertheless, we have promised to come up with a kind of production diary, and we are aiming for end of October to release a first video.

With the probably last video for our debut album, I want to point out again what is personally important to me:

the support for the children help organization WORLD VISION.
Actually it was one of the main reasons, to make the album and inviting as much friends as possible to join.

At the same time I want to thank everybody who had supported us and bought the album.
And of course a big thanks to all the musician who offered their great art to this project.
As a result the project is now able to make a first donation to World Vision.
Let's continue to support the future - the children of the world.

When the idea came up, to support World Vision in a special way, to make an album that at the same time support my own wish to create some progressive music with good friends of mine, the project was planned as a one-off.
The positive response from the listeners have made me thinking. And had finally led to the conclusion, that a second album will follow.
Though a few scetches have been made, it is right now impossible to forsee, when the new album could be released.
But maybe we will have a kind of production diary.
Let's see ;-)

THE MUSIC GURU HAS SPOKEN...

Good news! For fans in the US it is now a lot faster and even cheaper to get our CD.

Our debut album is now also available thru RADIANT RECORDS:

Many thanks to Neal and Bill! 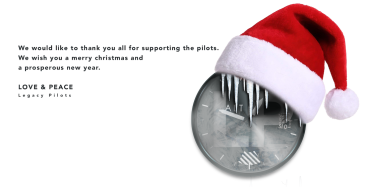 Our debut is now also directly available in Japan !

Our latest video is online !

Hi folks,
This is one of the first reviews for "ConBrio" - sorry German only:

But we can share with you at least the verdict:

"Con Brio" is anything else than a retro or even neoprogalbum. It impresses with a very modern, rich and spatial sound production.
WIth "Con Brio" Legacy Pilotes created a big surprise towards end of the year and is certainly one of the top newcomers."

The second part of our launch has been achieved. Con Brio is now available on iTunes, Amazon Digital, Spotify and others. 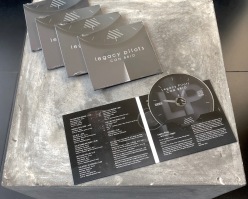 The work of nearly two years is finished and ready for distribution.

CD's can be ordered and also download is available through bandcamp.

Or visit the shop directly:

Progressive Rock always has moments of calmness: sometimes inside an big epic piece, sometimes on its own as a silent ballad. And our repertoire comes with "Handle With Care", one of these soft songs that put you in a relaxed mood before the next adrenaline rush takes hold of you.

And here is part two of the Legacy Pilots Juke Box -

In our latest video you can hear excerpts of five tracks of our upcoming album. By clicking on the (blue) start time, you can directly jump to every track.
While it might be questionable, if a one minute excerpt can represent a song that has a run time of over eight minutes. The video might nevertheless give an impression, about the broad variety CON BRIO offers.
Part two is coming soon. 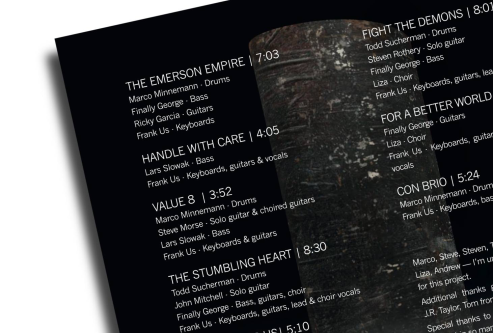 NEXT STEP IN PRODUCTION ACHIEVED

It went out. All necessary print files and the DDP went into production today. The point of no return.

To bridge the time gap until the CD is back from production, we will have two additional trailer that features excerpts of all songs of the album. We call it the Legacy Pilots Jukebox.
:Will be published in the next few days. So stay tuned. 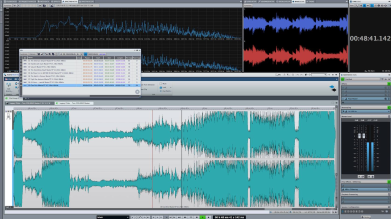 We got the last songs back from mastering and it was indeed the final touch. More than happy with the result. Visible on the screen shot is the CD list and the Waveform of the track "CON BRIO". Btw., that the waveform does not look like a brick, is with purpose. The elder listeners among us, remember this from the time prior the loudness war. We called that "dynamic"

Legacy Pilots - No Place For Us

Next step achieved: The track titles and the order of all songs are final.
As visible on the back side of the CD cover.

We are very excited to reveal the other pilots of the Legacy Pilots Squad: 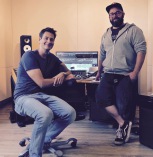 After nearly two years of blood, sweat and fears, a flooded studio after a thunderstorm, months of composing, recording and mixing, we have handed over the finalized tracks for mastering. The nice guys at HP Mastering and especially Tom will give the album the final touch. Now I'm the one who has to wait.

Todd Sucherman has released another of his wonderful recording session tour videos:

We're happy to announce, that we will have the first official trailer for our debut album online by tomorrow.